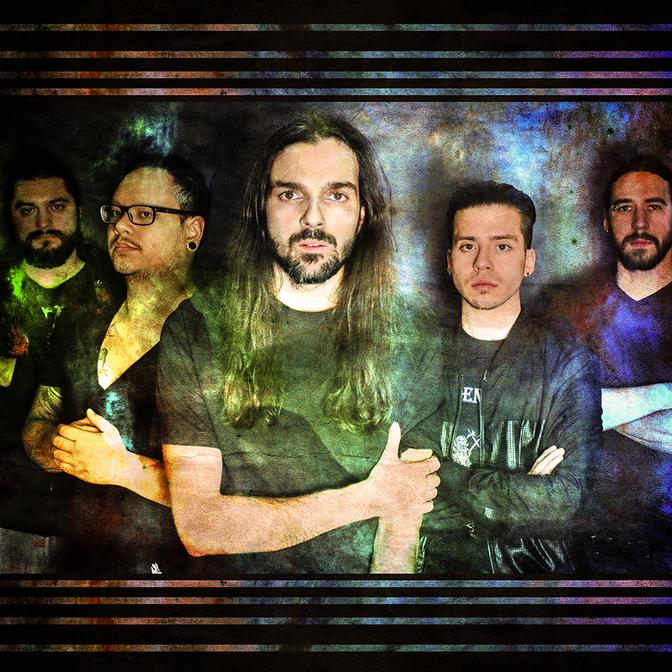 The Parallax is a progressive melodic death metal band from Mississauga, Ontario, Canada. They released their debut full length album, ‘Obliquity of the Ecliptic’, physically and digitally worldwide on October 23, 2013. It includes their 23-minute epic track ‘The Reformatting’. The album has been primarily noticed in Canada, Russia, Japan and the USA among others. It has received excellent reviews on internet sites worldwide, and has received radio airplay from independent radio programs across North America. ‘Obliquity of the Ecliptic’ can be downloaded for free on their Bandcamp, while physical copies can be found online and through retailers such as Amazon.

In the summer of 2014, The Parallax embarked on their first tour in support of their album hitting 7 cities in Ontario and Montreal, Quebec with Hamilton natives Last Scattering. It was met with many compliments and support from new fans, friends and promoters leaving the welcoming option to come back to their cities. Since then The Parallax has had small Ontario runs, one notably with Quebec metal powerhouses The Agonist and Insurrection in 2016, and performed at Toronto’s Indie Week in 2016. In 2018, The Parallax was part of Canadian Music Week, and was nominated in the Best Metal category for the Mississauga Music Awards. 2019 saw a recent summer mini-tour with Devouring Saturn.

2017 saw a year of innovation for The Parallax, as they launched a clothing brand called The Parallax Supply Co. The clothing brand acts as a means to collaborate with artists in different genres, and different creative industries as a whole. The website for The Parallax Supply Co. also features a spotlight on musicians from Ontario and Quebec with hopes to open the audience to other local acts of all genres, as their way of giving back and building the music community. The Parallax concerts act as a means of physically retailing their products.

Currently, The Parallax is getting ready to launch their upcoming EP ‘Phantom Wings’ in 2021, and their second full-length is in the works.

The Parallax has had the opportunity to share the stage with acts such as Angra, Dark Tranquillity, Protest the Hero, The Ocean, Intervals, The Agonist, Beyond Creation, Omnium Gatherum, The Atlas Moth, Exmortus, Insurrection, Ever Forthright, Mandroid Echostar and many other great acts.